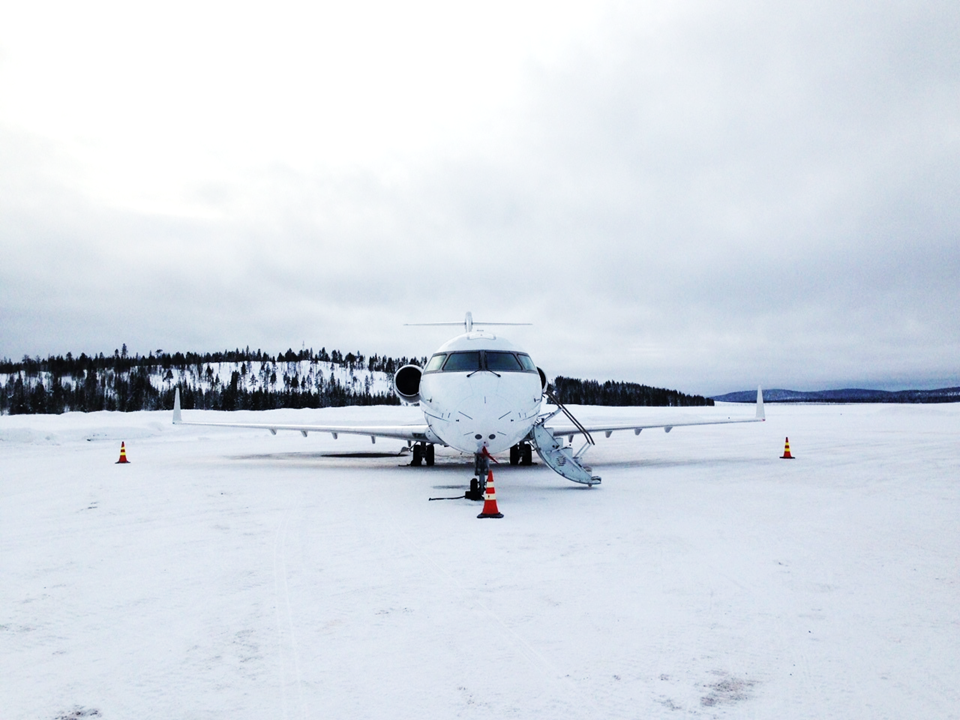 FINLAND – Helsinki Airport – Tarmac: It is 7pm and the outside temperature is around -10°C (14 °F). I am early for my departure in a private jet to go home after a day’s work. The captain tells me that the aircraft has to be de-iced before leaving.
I get on board and we wait for the de-icer to finish spraying the wings of the plane. After a few minutes of intensive watering of the aircraft and a slight smell of almonds, we can take off.

Like your car, when it is not in the garage, it will be subject to the weather and may be covered with ice or snow. While a scratch and a bit of elbow grease will be enough to remove the frost from your car, the plane needs to be completely de-iced in order to take off safely.

Why and how to de-ice an airplane | DECODING |

The principle is simple. It is necessary to remove snow or frost that may have accumulated on the cabin of an aircraft. It can weigh down or change the aerodynamic structure of the aircraft. This would reduce the aircraft’s lift and affect its performance.

The frost can also disrupt the mechanics of the moving parts of an aircraft, such as the control surface or flaps.

How much does it cost?

This depends on 2 main factors: the size of the aircraft and the thickness of the frost.
Indeed, the liquid used to de-ice aircraft is expensive and depending on the volume applied to your private aircraft, the bill can double.

These prices are given as an indication. They may vary according to the thickness of the frost and the airport where the de-icing is carried out. As well as the price at the pump depending on the country, the litre of de-icing is not the same at Moscow airport as at Clermont-Ferrand airport.

Can all airports de-ice?

Not all airports are equipped with de-icing lorries. Some for cost reasons. Others because this phenomenon is unlikely, as at Toulon airport for example.
All these technical specificities are known and allow us to propose adapted solutions – such as an alternative airport in case of important risk of frost, or the possibility to rent a hangar for the plane, to protect it from possible bad weather.

Can de-icing be avoided?

Everyone wants to avoid de-icing, including the captain, because repeated use of the de-icing liquid can degrade the aircraft’s paintwork, among other things. Nevertheless, to take off safely, snow and frost must be removed if it is likely to affect the aircraft’s performance. The pilot-in-command is therefore the only decision-maker on this manoeuvre.

If it is necessary to de-ice your aircraft, the actual amount will be charged after the flight. The price of de-icing is the only cost not included in the charter price, as it cannot be predicted.

When you rent your private aircraft with MK Partnair, you can take out de-icing insurance, depending on the flights. This allows you to pay a fixed fee regardless of the amount of de-icing liquid used. Choosing to add de-icing insurance is the most convenient way to avoid having to pay extra charges after your flight.
We are familiar with the specific characteristics of each airport and, based on the weather forecast, will advise you of the most judicious solutions when chartering your private jet.

Asking our team a question about “de-icing”
> Back to articles

How long does a private jet last?